Work has started on the first phase of a new link road on the outskirts of Newton Abbot to help support economic growth in South Devon.

The £4.5 million scheme, which will enable developments planned for the Houghton Barton area, forms the first part of the road which will eventually link the A382 at Forches Cross to the A383 at Hele Park.

The 160-hectare site to the west of Newton Abbot is enclosed by the A382 and A383. It has been allocated for a mix of residential and employment development as part of the adopted Teignbridge Local Plan.

The A382-A383 connection will eventually provide an alternative route between the two roads to relieve pressure on the local highway network including the road through the area of Highweek. The second phase of the link will be delivered by developers at a later date. 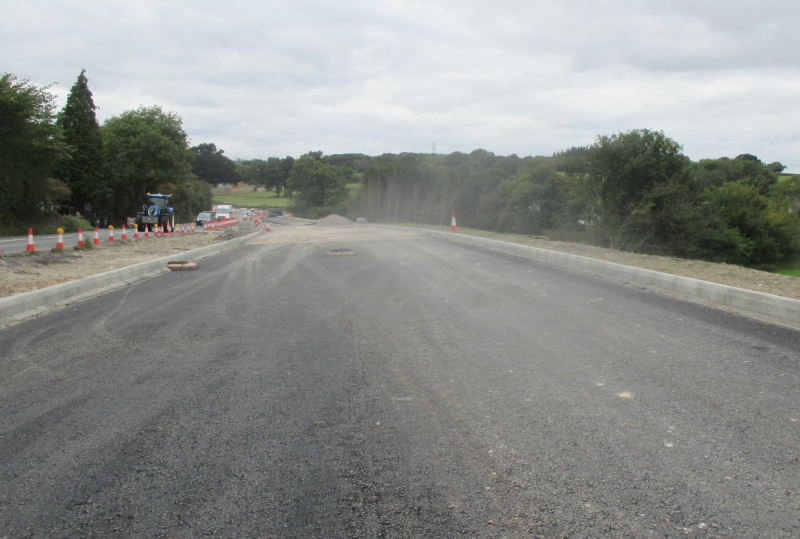 Councillor Andrea Davis, Devon County Council Cabinet Member for Environment and Infrastructure, said: “The planned development will enable important growth in Newton Abbot as we look to support economic recovery across the county. The current road infrastructure in the Houghton Barton area needs upgrading to support these planned developments and this new link road will reduce the impact on the local transport network.”

Executive Member for Planning at Teignbridge, Councillor Gary Taylor, welcomed the start of the work. He said: “This is an important step forward in ensuring we have the infrastructure to support our communities and our businesses as well making sure it is in place before people move into these new developments.”

Karl Tucker, Chair of the Heart of the South West LEP, said: “It’s great to see this important project making good progress. The alterations will have an overall impact on the highway network by improving junction operation, reducing journey times to Newton Abbot, improving safety and importantly enable people to cycle and walk the route as well as drive. We’re delighted that the Heart of the South West LEP has been able to support this project through Growth Deal funding, which is expected to generate 1,000 jobs and 1,200 new homes by 2021.”

Councillor Phil Bullivant, Devon County Councillor for Newton Abbot North, said:“The housing developments that have taken place over the last 10 years between these two roads has resulted in significant increased levels of traffic through the Highweek area of Newton Abbot. Highweek is a village with typical narrow village streets and unsuited as a route for local traffic seeking access to the main roads in the area. The new relief road will open an alternative route that will take away the volume of traffic through Highweek and help reduce journey times, lower air pollution and be welcomed by all local residents and the residents of Hele Park.”

Construction work is due to take around nine months, and as most of the work is off the local road network there is expected to be little disruption to traffic.