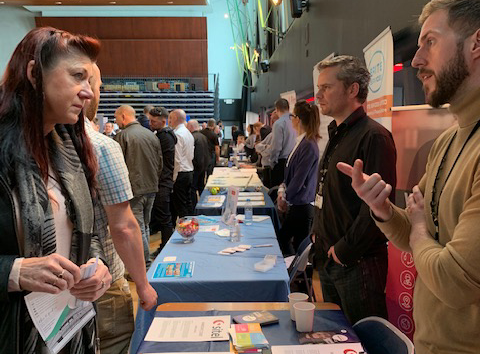 Hundreds of people attended a jobs fair (11 March 2020) to support those affected by the collapse of city-based airline Flybe.

The event at Exeter Corn Exchange was organised by Exeter City Council after Flybe with around 1000 people in Exeter losing their jobs.

I hope those affected will be able to find new jobs as quickly as possible. Exeter is a vibrant city, we work together – that’s the secret of our success, working in collaboration with partners across the city to pull an event like this together.”

Back to Virtual Career Fairs Home >
Back to latest news >