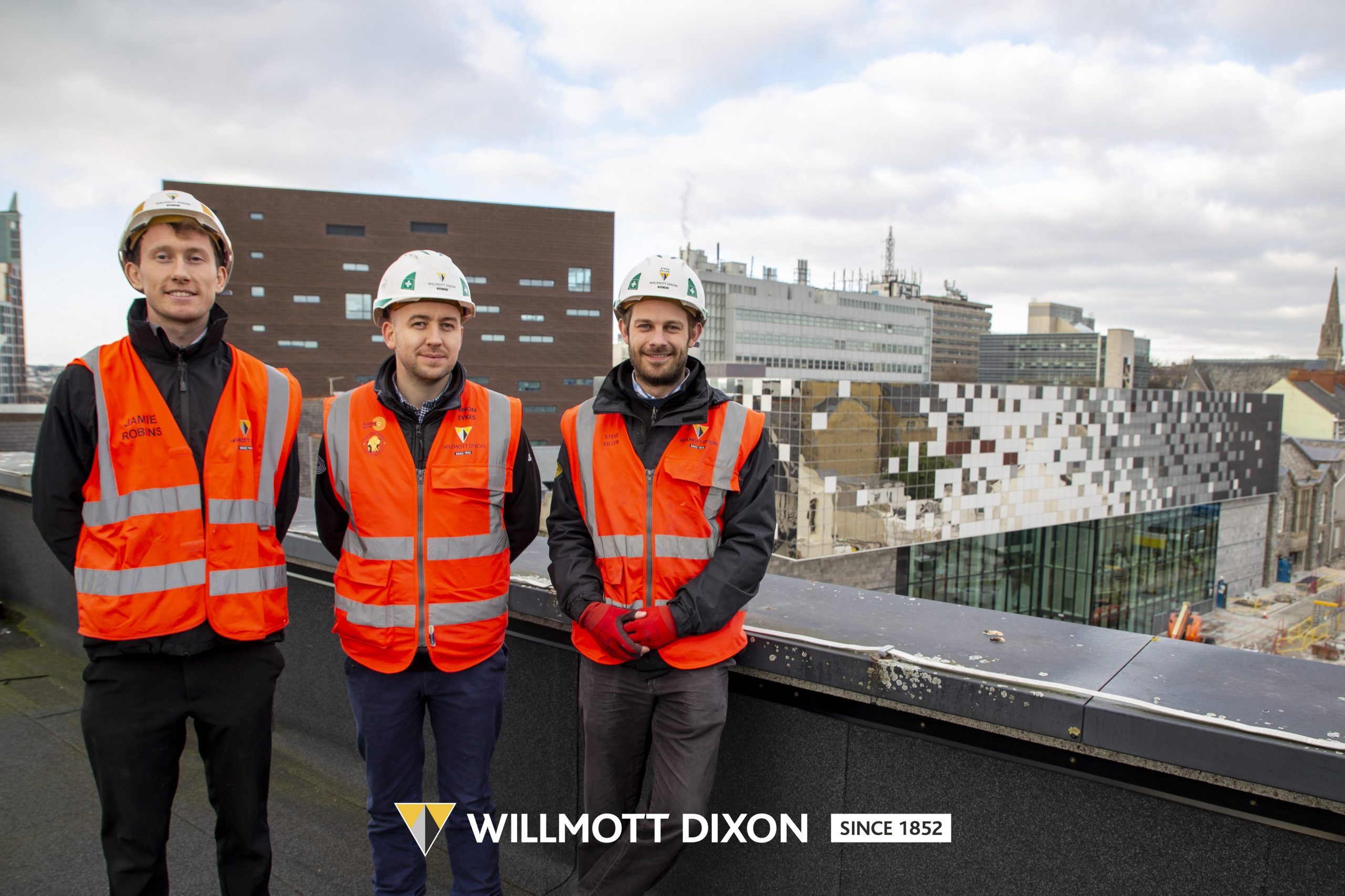 Contractor Willmott Dixon, currently delivering several major projects in the South West, is aiming to lead the construction sector with a series of ambitious commitments set out in its newly released sustainability strategy.

The strategy will also ensure it is playing its part in contributing to the region’s wider sustainability ambitions, including the low carbon, clean energy growth targets set out in the new South West Energy Strategy recently adopted by the Heart of the South West LEP, and the aims in the Great South West ‘Securing our Future’ prospectus, such as becoming an net zero carbon economy as soon as possible.

Entitled ‘Now or Never; our decisive decade’, the strategy includes the commitment that Willmott Dixon will become net zero carbon in its operations by 2030, with all new build and refurbishment projects delivered from 2030 also net zero carbon in use. It is also aiming for its supply chain partners to be net zero carbon by 2040; the first UK construction company to commit to such targets.

Willmott Dixon is behind a number of significant projects in the region, including the Digital and Data Centre at Exeter College. This £9.2m project due for completion in 2021 will help train the next generation of digital professionals. Located on the college’s Hele Road campus in the centre of the city in a Conservation area, the state-of-the-art facility will be a landmark building for the college.

Other recent projects include the Box in Plymouth, completed in 2019, which involved the transformation of the City Museum and Art Gallery, Central Library and St Luke’s Church into one of the largest new multi-disciplinary arts and museum spaces; and a state-of-the-art £22m Custody Centre and Operational Hub for Devon and Cornwall Police. The building, which includes a 40 cell custody suite, will be as energy efficient and low carbon as possible, using Willmott Dixon’s Energy Synergy process.

The ‘Now or Never’ strategy – which was launched with the support of renowned sustainability campaigner and co-founder of Forum for the Future, Jonathon Porritt – is split into three themes: Brilliant Buildings, Buildings Lives, and Better Planet*, which reflect Willmott Dixon’s aim to deliver low carbon products; protect, nurture and enhance the environment; create better life opportunities for people and leave a positive legacy for future generations to benefit from.

Other targets in the strategy include:

Willmott Dixon has been a net zero or carbon neutral business since 2012, with all unavoidable carbon emitted each year being offset by investing in high quality carbon reduction projects across the world, while reducing carbon emissions intensity from its own operations by 61% since 2010.

The new strategy is underpinned by the Science Based Targets Initiative (SBTi), which has approved Willmott Dixon’s emissions reductions targets as being in line with an overall need to limit a global temperature rise to 1.5°C above pre-industrial levels to prevent the most damaging effects of climate change.

Rob Woolcock, Willmott Dixon Director explains, “This strategy sets some of the most challenging targets for the construction sector, but we believe we need to take bold action now if we are to ensure a better future for generations to come. In creating this road map for the next decade, we have also set out how we will work together with our customers, supply chain partners and industry colleagues to deliver a carbon-free construction sector.

“It is also important to us as a South West business that we are playing our part in contributing towards the various ambitions that have been set for the region. Our strategy very much aligns with the Great South West prospectus that was launched earlier this year, particularly in its commitments to have a net zero carbon economy as soon as possible. And our targets will also help the Heart of the South West LEP with its clean growth and low carbon aims for the future, which it recently announced as part of the joint South West Energy Strategy with its neighbouring LEPS.”

Jonathan Sykes, executive chairman, Carbon Intelligence said, “Willmott Dixon has set the most ambitious science-based target in the construction sector by aiming for zero emissions in its operations by 2030 and supply chain by 2040. Its actions will have a significant influence on reducing the climate impact of the built environment in the UK.”