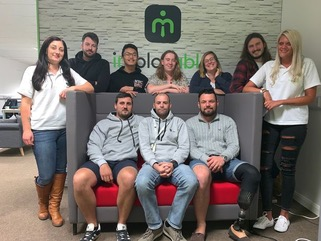 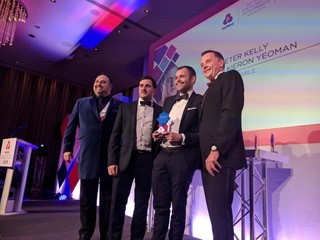 The Heart of the South West Digital Skills Partnership is supporting London Tech Week, and the Department of Digital, Culture, Media and Sport is showcasing exemplars of great tech businesses throughout the country.

The focus today is on Plymouth tech company imployable.me who have recently launched their app in March this year that helps individuals from all works of life into meaningful employment. Since launching this free app has 12,000 users.

The two founders of Plymouth based imployable are Kieron Yeoman and Peter Kelly who both served together in the Royal Marine Commandos. After going through challenging transitions into civilian life (homelessness and unemployment whilst supporting young families) they put their heads together to come up with a tech solution for the employment and education industry.

Peter found himself highly qualified and experienced yet unemployable when he left the service. With no opportunities presenting themselves he decided to take matters into his own hands by teaching himself to code and to build websites. This eventually led him into tech-based project management, after his skills were recognised by member of the ex-military community.

Kieron ran his own coaching and mentoring business which designed projects and programmes for people from all walks of life, including the DWP, which was successful on a national scale and helped individuals overcome their everyday challenges in life.

Using their joint experience, they decided to build an app which helps all ages identify their transferable skills and find meaningful employment. Whilst imployable began with a focus on veterans it soon became clear that people across the board were struggling with the same issues.

This inspired Peter and Kieron to build an app with the goal to help everyone, no matter their background, to get to where they want to be in life. The aim is that users can make educated choices on their career, whether this is post military, or those yet to choose their GCSE’s. The app matches people with experience opportunities, volunteering, apprenticeships, training courses and jobs.

Peter and Kieron spent two years researching and designing the app and have moved from a kitchen table to employing a full team including former Marine and Invictus Games gold medallist Paul Vice, and PGA golf professional James Pickard.

They’ve also picked up awards for ‘Tech CEO of the Year’, the national and regional NatWest Award for ‘Entrepreneurial Spirit’ and had a mention in an article ‘Age-Tech’ The Next Frontier Market For Technology Disruption in Forbes magazine.

imployable has been funded by £300,000 of private investment and is about to enter another investment round. Despite only launching on the 11th March 2019 (this year), imployable has 12,000 users and a list of clients and partners including Google, Sodexo, Ministry of Justice and Deloitte.

You can check out the work imployable are doing at www.imployable.me or download the free app from the App Store and Google Play.